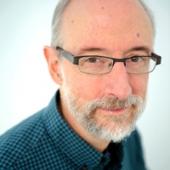 Martin Brody is Catherine Mills Davis Professor Emeritus at Music at Wellesley College. He served as Fromm Resident in Musical Composition at the American Academy in Rome in 2001 and as Andrew Heiskell Arts Director of the Academy from 2007- 10. He is recipient of awards from the American Academy of Arts and Letters, the Guggenheim Foundation, and the National Endowment of the Arts. He has also received residency fellowships from the Fromm Foundation and the William Walton Estate in Ischia and the Liguria Arts and Humanities Center in Bogliasco. He has written extensively about post-war American music and serves on the editorial boards of Perspectives of New Music and The Open Space. An active advocate of modern and contemporary music, he serves as President of the Stefan Wolpe Society and a trustee of the American Academy in Rome.