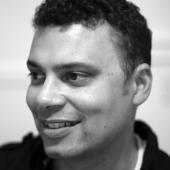 Matthew Schumaker’s music engages in research into computer-assisted composition and real-time, interactive computer music with live performers. He received a doctorate in Music Composition from UC Berkeley (UCB) in August 2015 and holds degrees from Dartmouth College and Princeton University. During a year abroad on UCB’s Prix de Paris, he studied with composer Martin Matalon and composed his dissertation work, As I ride the late night freeways, for soprano and orchestra. Soloist Ann Moss premiered this work with the UC Berkeley Symphony Orchestra in October, 2015. The following year, Matthew published an article about the computer-assisted techniques he used to compose the work in The OM Composer’s Book 3. Working in a similar area of research, Matthew programmed Tessellate, an algorithmic composition toolset within the OpenMusic environment that was conceived and specified by Edmund Campion, Director of UCB’s Center for New Music and Audio Technologies (CNMAT). Tessellate was released by CNMAT in August, 2017. In addition to his work as a composer and researcher, Matthew has been a long-time proponent of new music and has helped to produce many concerts in the Bay Area for organizations such as the San Francisco Contemporary Music Players, Rova-Arts, and the Eco Ensemble.

Since Fall 2015, Matthew has been a Lecturer at UCB, where he has taught several courses on Computer Music and Music Perception and Cognition. Beginning in Fall 2018, he will be a MLK Visiting Scholar at MIT.