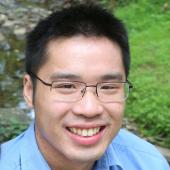 Nathan Lam (Ph.D. Indiana University) is an Australian-American music theorist and composer. His teaching and writing stem from a deep curiousity about music's inner workings and how it's conceptualized. Nathan's work focuses on Western music since the 19th century and Chinese music since the 20th century, and his award-winning research sits at the intersection of modes, solfege, history of theory, math, and symmetry. He regularly presents at major conferences and publishes in journals such as Journal of Music Theory. Recent work include topics on pitch-class scale theory,  Chinese pentatonic transformations, 19th-century French liturgical modality, the use of jianpu, and comparative solfege. Nathan's musical compositions, including 77 Canonic Variations on Twinkle Twinkle Little Star, extend his theoretical research into the creative realm, with an emphasis on pitch/time symmetries.