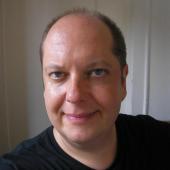 Tony Torn is an actor and director who has worked extensively for the past thirty years in theater, film and television, in both traditional and experimental projects. He is known best for his work with legendary experimental theater makers Reza Abdoh and Richard Foreman, appearing on Broadway with Emilia Clarke (Game of Thrones) in Breakfast at Tiffany's, being the founding director of Bill Talen's Reverend Billy and The Church of Stop Shopping (now in its 20th year), and creating and starring in the absurdist theater/punk rock mash-up Ubu Sings Ubu with co-director Dan Safer (A.R.T. Oberon, 2016). He recently completed filming The Bad Infinity, adapted by director Graham Sack from a play by Mac Wellman. Other recent credits include Superterranean for Pig Iron Theater Company at The Philadelphia Fringe Festival; the roles of Falstaff, Pandarus and Caliban in Play On!, Oregon Shakespeare Company's festival of translated Shakespeare plays at Classic Stage Company; The title role in Paul Swan is Dead and Gone with The Civilians Theater Company at Torn Page; The Fat Lady Sings at La Mama ETC; Suzan-Lori Parks' Venus at The Signature Theater. In 2017, he produced the Polyphonic Poetry Festival, focusing on theater and performance created by poets, at the Judith E. Wilson Drama Center at Cambridge University, England. He has an MFA in Interdisciplinary Arts with a Performance Creation Concentration from Goddard College. Tony manages Torn Page, a private event space in New York City, named in honor of his parents, the award winning actors Rip Torn and Geraldine Page.