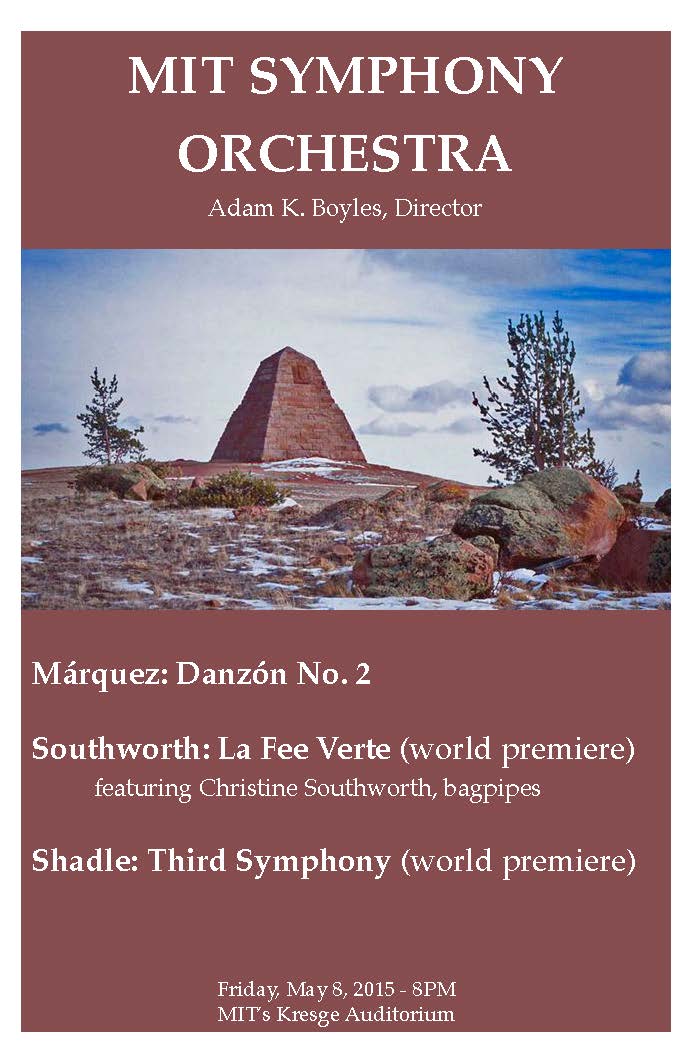 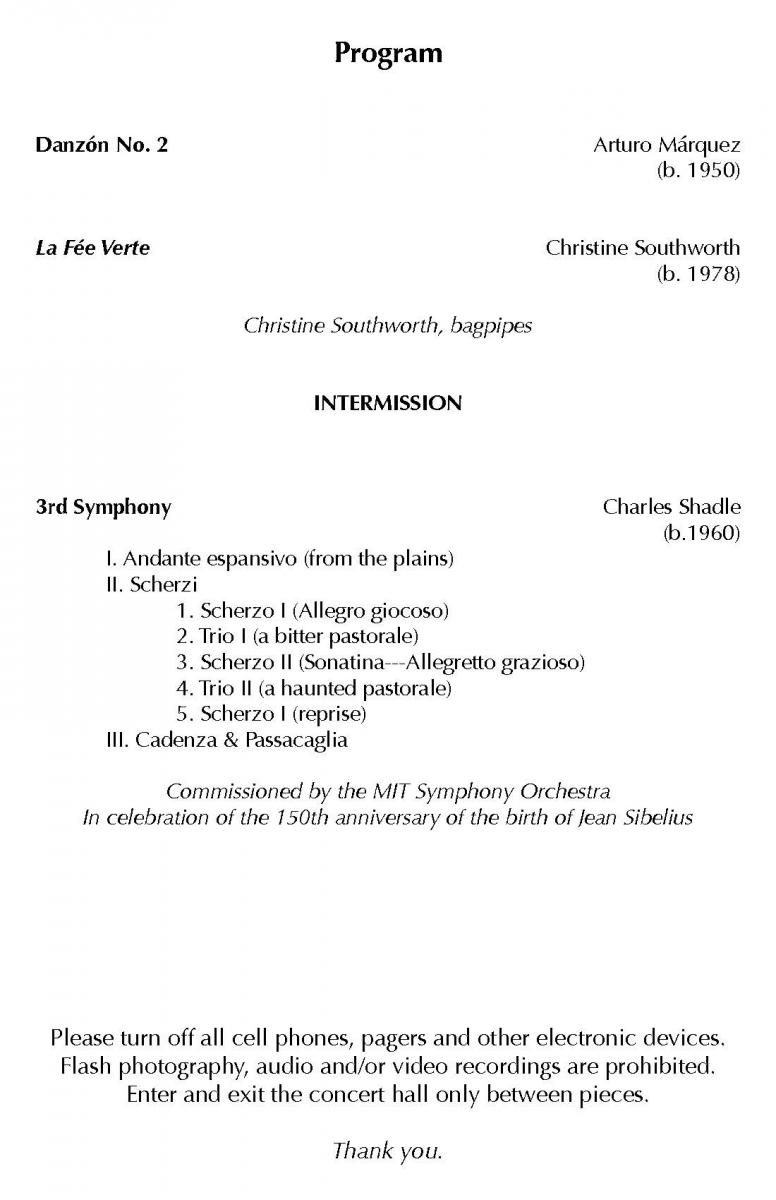 Movement I: Andante expansivo (from the plains)

My 3RD SYMPHONY was commissioned by Adam Boyles, Music Director, for the MIT Symphony Orchestra as a tribute to the 150th anniversary of the birth of the great Finnish composer Jean Sibelius. With this in mind I thought of ways to engage with the spirit of that composer; mysterious pedal points, dark orchestral colors, formal structures of a seemingly “organic” nature, and a willingness to reinvent the syntax of tonal harmony. All of these can be found in my Symphony, but there are many other elements in play too, including a French three movement cyclic structure, and the sense of the symphony as a “public” undertaking characteristic of additional 20th century northern composers like Nielsen and Shostakovich. Any 3rd Symphony by an American composer will also have Copland, Schuman and Harris skulking in the background, and for me, Brahms too--as always.

However, my piece is most closely tied to Sibelius by the notion of music as sonic landscape. Sibelius is invariably linked with the stark vistas of Finland, and here I hope to evoke another type of northern landscape, that of the High Plains of Kansas, Nebraska and up to the foothills of the Rockies in Colorado and Wyoming. Much of my childhood and young adulthood was spent in Eastern Colorado and images of vast undulant grasslands and looming mountains on the far horizon feature heavily in my imagination. This is the region too of authors I admire like Willa Cather and Ken Haruf, who write so compellingly of rugged and uncompromising physical and human landscapes. In an effort to match them (and Sibelius) I have made my 3RD SYMPHONY as plain as possible. Its constituent parts are not really at all simple, but they are forthright and direct. In particular the melodic material is uncharacteristically spare, and this took a considerable act of will on my part. But that very loss of lyricism offered benefits in structural, and perhaps even expressive, possibility.

The first movement, ANDANTE ESPANSIVO (FROM THE PLAINS) is a big sonata form with repeated exposition. The first theme is somber (counterbalanced by more song-like material) while the second is rather whimsical, sometimes even comic. The second movement, entitled SCHERZI, has a rondo-like structure in which the first and last of the five sections are nearly identical. This fast, boisterous dance is first played almost exclusively by the brass instruments, though in its final iteration the entire orchestra joins in. In between, a pair of trios (the first acerbic and crabbed with the second gentler, almost lullaby-like) surrounds a lively sonata-form movement. There is no break between the SCHERZI and the final movement, CADENZA & PASSACAGLIA. The passacaglia theme derives from the opening of the first movement. A pattern emerges in which some iterations use the theme as an unchanging ground bass, while others use it as a melody for variation. At the climax music from the first movement reappears, and a coda returns us to the opening sonic landscape.

My 3RD SYMPHONY was written between July and December of 2014. It is dedicated to the memory of my mother, who died in the preceding year. I don’t see it as a work about grief or our inevitable losses, but rather about endurance and especially about the act of memorializing. I think back to a visit to Willa Cather’s grave in Jaffrey, New Hampshire. Borrowing from Jewish tradition, visitors had made little constructions on the tombstone, and I too was glad to add a pebble.  Similarly the Passacaglia strikes me as an analogous piling up of musical stones to erect a symphonic cairn--something solid to shelter memory, even if only for a while, from the ravages of time.