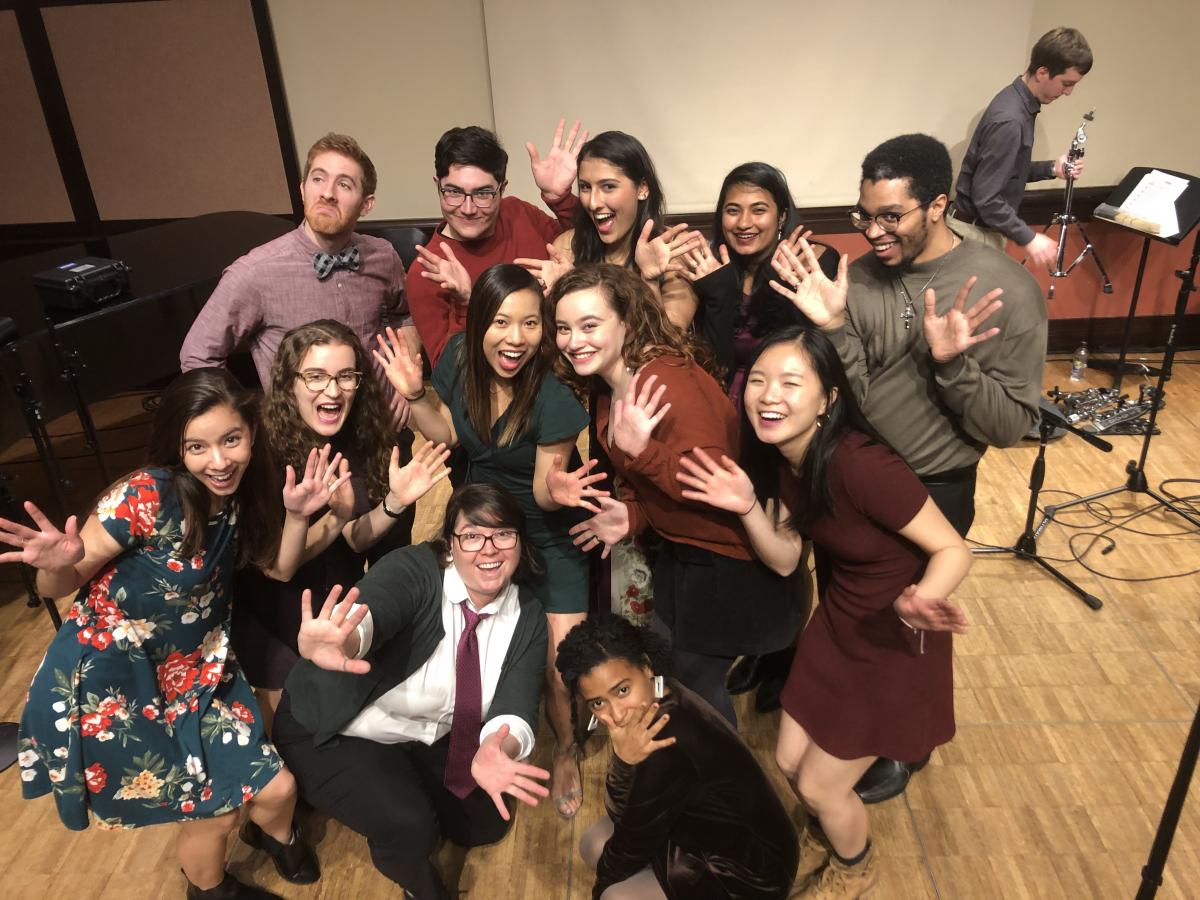 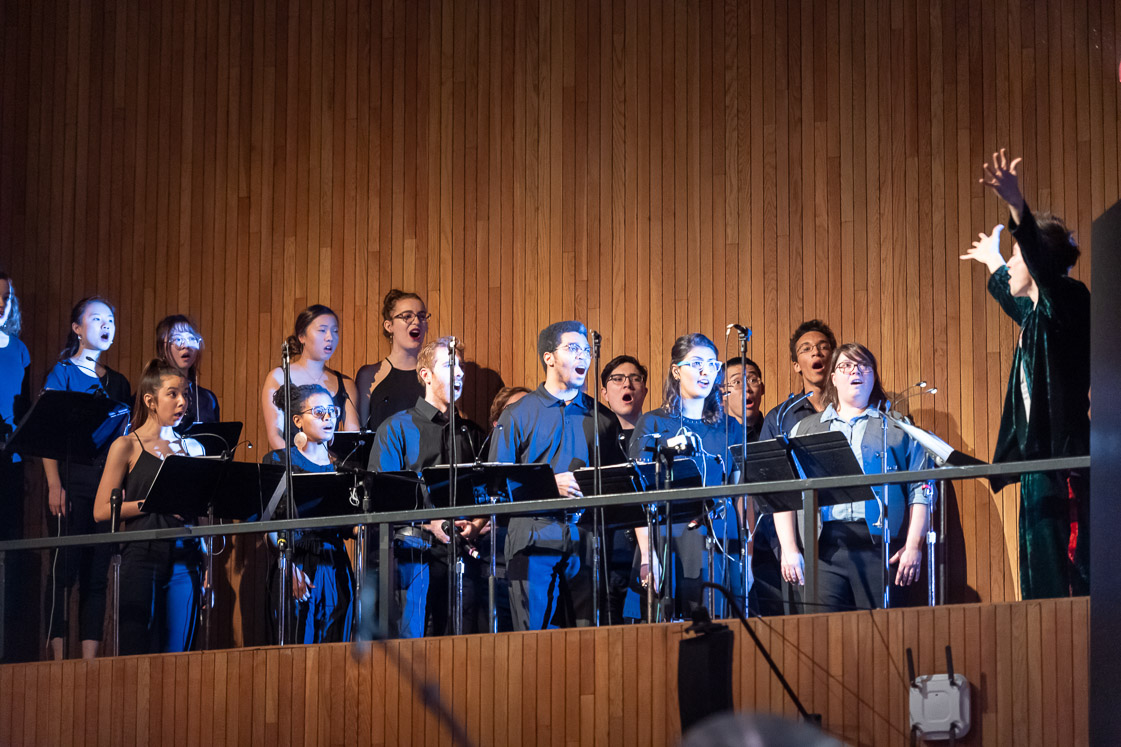 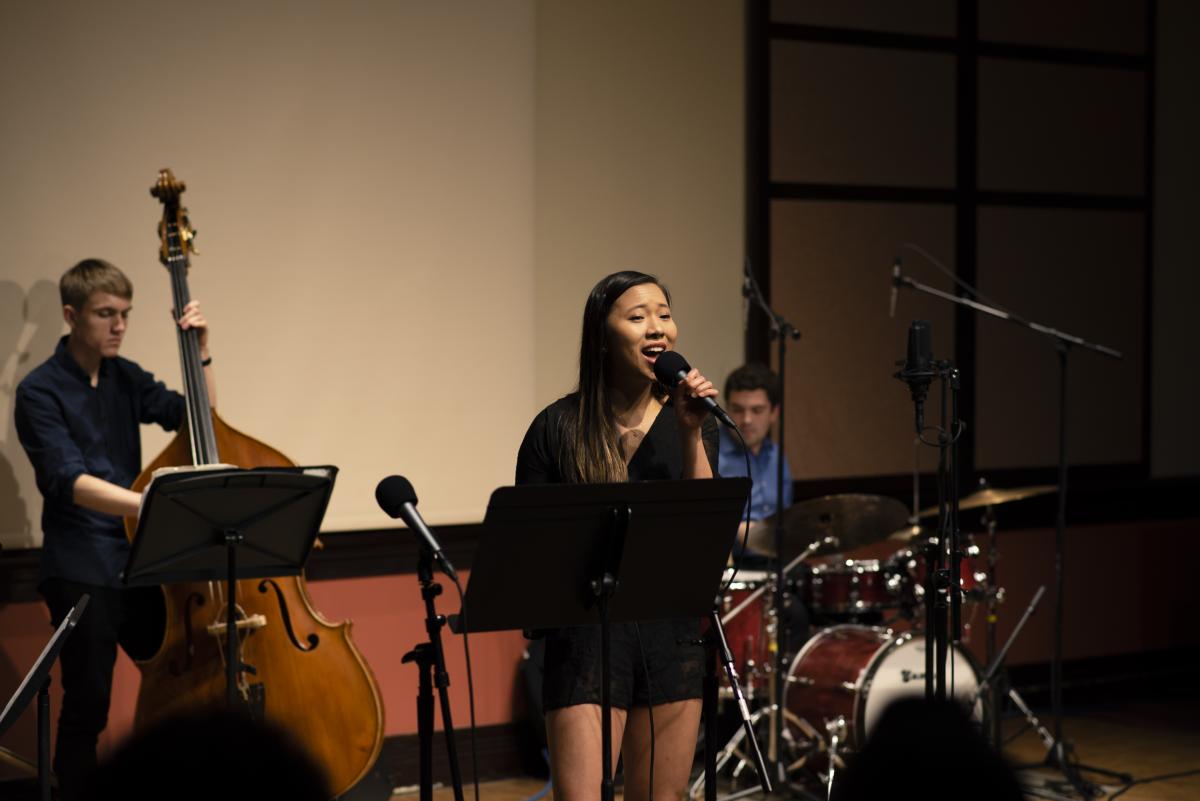 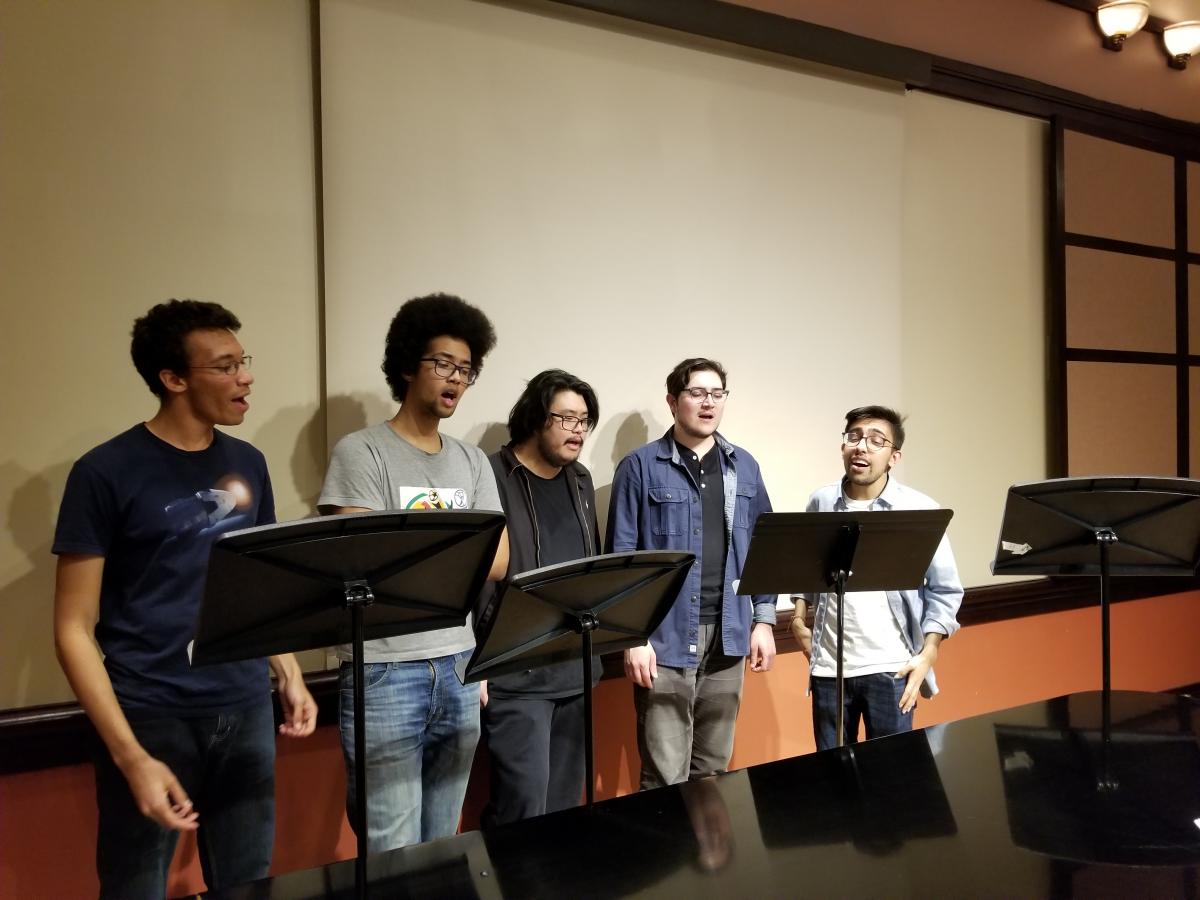 ABOUT THE MIT VOCAL JAZZ ENSEMBLE

The MIT Vocal Jazz Ensemble (VJE) was founded by Institute Professor John Harbison in the spring of 2011 as the first and only vocal jazz performance group at the Institute. Boston-based vocalist-arranger-composer Laura Grill Jaye is the current director and coach of VJE, which has quickly risen to high recognition not only on campus but throughout Boston. Performance opportunities have included a professional recording with the MIT Festival Jazz Ensemble of the MIT school song and “A Rhumba for Rafael Reif,” as well as an appearance with the Boston Pops at Boston’s Symphony Hall. Professor Harbison has arranged many pieces for VJE over the years.

VJE’s debut recording Vocal Jazz at MIT: Store-Bought Hair, was released in 2015. Past collaborations have included performances with Jacob Collier, Dominique Eade, and Luciana Souza. Under the direction of Laura Grill Jaye, VJE has participated and earned high praise in a special residency with Audra McDonald, and has collaborated and recorded with The MIT Festival Jazz Ensemble.

VJE sings ensemble and solo jazz music. It performs with jazz instrumentalists on and off campus, including a concert in Killian Hall at the end of each semester. The ensemble also offers members opportunities for arranging and songwriting. The MIT Vocal Jazz Ensemble is coordinated and overseen by Dr. Fred Harris.

A Dandy Line - Jack Montrose (as recorded by Chet Baker), arr. Laura Grill Jaye (Produced virtually in the Spring of 2020):

Love You To - The Beatles, arr. Laura Grill Jaye:

Auditions for both new and returning members will take place on Thursday, September 9th from 7:00pm to 10:00pm in 4-162.

Students are expected to prepare two songs of contrasting styles.  One song must be "Smile" by Chaplin/Parsons/Turner.  Many people have recorded this song, but Nat King Cole's version is easy to find online if you're learning by ear.  The second song can be from any genre and should showcase your voice.

*Note: returning members only need to sing the second song.

Audition Information For All Music Ensembles