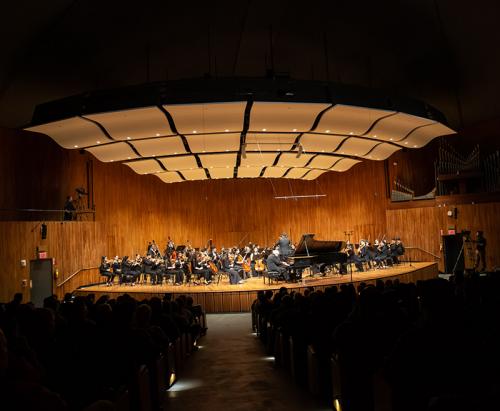 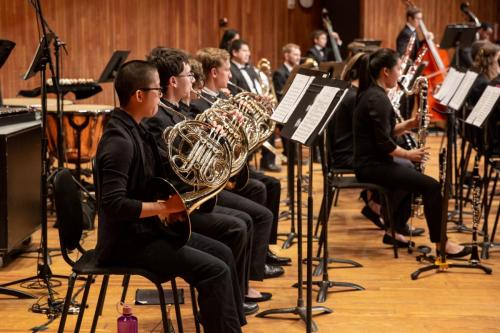 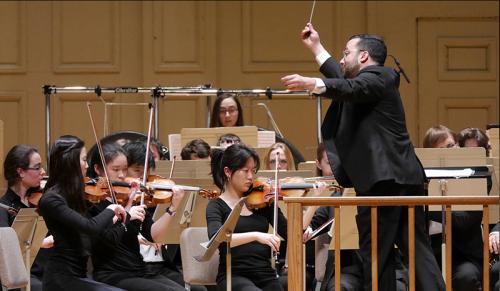 Symphony Orchestra may be taken for credit: 21M.421

Interested in becoming a member of MITSO for the Spring? Auditions will take place in Kresge Auditorium on Tuesday, February 4th between 4:00-7:00pm. Sign up using the red link at the bottom of this page. Questions about auditions? You can contact Andy Wilds at awilds@mit.edu or Evan Ziporyn at zipo@mit.edu.

Join MITSO for an evening of film music by John Williams, Angelo Badalamenti, and Harry Manfredini, plus the world premiere of new settings of classic film noir title sequences by Don Byron (with film). The second half will feature the US premiere of Tod Machover's Toronto City Symphony, with new sections created in collaboration with MITSO members!

We are pleased to welcome two concerto soloists on our second Spring program! Working in conjunction with MITHAS, MITSO is excited to present Ravi Shankar's Symphony for Orchestra with solo sitar. This program will also highlight our MITSO Concerto Competition winner (TBD).

Our final concert of the season features MITSO's strings in this reimagined take by Max Richter on Vivaldi's ubiquitous work.

Past Concerts This Season

MITSO in the NEWS

Auditions for new and returning members will be held by appointment only during the first week in September.

There are three parts to the audition:

1. Prepare a piece of your choosing, 3 minutes maximum (you may select an excerpt from a longer work).

2. You will be asked for the memorized execution of scales in any key, selected from Major, Natural Minor, Melodic Minor, or Harmonic Minor. You can perform them at your own pace, articulation, bowing, etc. provided it remains steady in tempo.

3. A short sight reading excerpt will also be given.

The whole audition will be approximately 10-12 minutes.

*Emphasis is balanced toward execution of good fundamentals over virtuosity*

Audition Information For All Music Ensembles