Jacob Collier: Imagination Off The Charts

a collaborative performance with FJE 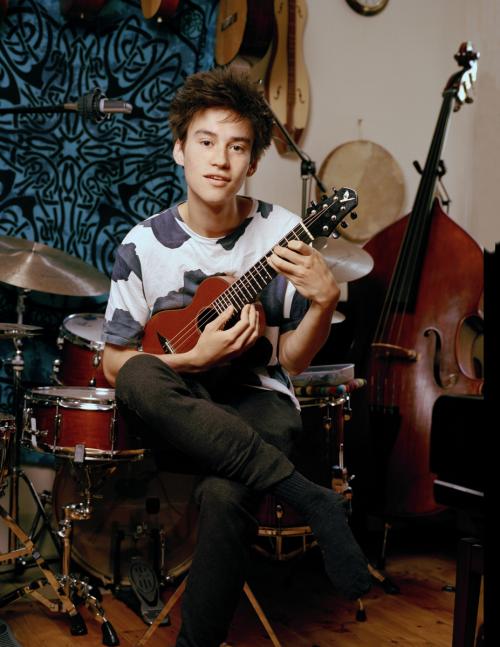 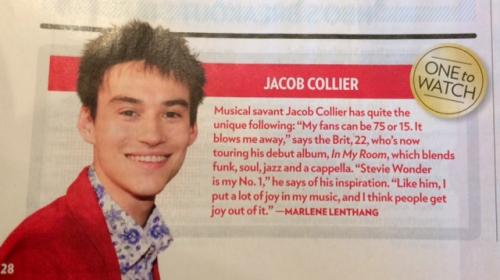 Who is Jacob Collier?
Hailed by The Guardian as “Jazz’s New Messiah,” 22-year- old ground-breaking British musician Jacob Collier is a multi-instrumentalist, vocalist, arranger, composer, producer, music-video creator and a unique creative force with limitless potential. With musical interests ranging from the Renaissance to the present—and everything in between—this young artist epitomizes Ellington’s phrase, “Beyond Category,” which the Duke reserved for only the greatest musicians.

The Concert Program
Performing a number of compositions from Collier’s 2016 debut recording “In My Room,” the MIT Festival Jazz Ensemble (FJE), Collier and others will premiere arrangements of “Down the Line,” “Saviour,” (created by Jamshied Sharifi) and “Hajanga,” arranged for big band and orchestra by Collier himself. The concert will also feature a newly created experimental improvisation system developed by Bloomberg, allowing Collier to communicate with members of the FJE in real time, sending fragments of musical notation, articulation and other directions to mobile devices of the musicians. This concert will be the first time Bloomberg and Collier explore how such a system may be used to generate spontaneous large-scale arrangements, with the goal of allowing both the performers and Collier to be more emotionally connected to each other and the audience. The concert also includes performances by Collier in a capella, small combo, and solo settings.

December 7 Lecture-Demonstration by Jacob Collier
In addition to the December 10 concert, Collier will present a public lecture/demonstration on Wednesday, December 7, 5pm-6pm “The Creative Process of Jacob Collier,” held in Lecture Hall 6-120 on the MIT campus.

Collier was just nominated for a 2016 Grammy
Best Arrangement, Instrumental or A Cappella: “You And I” — Jacob Collier, arranger (Jacob Collier)

Collier grew up in a family of musicians and has honed his musical ideas from a very young age. He has embraced the world of the Internet to share his distinct form of creativity, becoming best known for creating his trademark multi-faceted YouTube videos from his music room at home, wherein he sings all the parts, plays all the instruments, and visualizes every component with a mosaic of screens. Since his first YouTube upload in December 2011, Jacob’s online social channels have garnered over 150,000 international followers and more than 7.5 milli7.5 million YouTube views. Learn more about Jacob Collier.

NOTE ABOUT ADMISSION TO THE EVENT

The doors will open and seating will begin at 7pm. Please arrive on time. Tickets are all general admission and open seating. There are no assigned seats. If you paid for your ticket ($5), we would appreciate if you could arrive on time so that the show can begin on time.  If you have a free ticket, however, you must arrive no later than 7:45pm in order to secure your free seat. Your free seat will not be guaranteed after 7:45pm. At 7:45 we will seat patrons who have no tickets and are waiting on the stand by ticket line at the door.  Stand by seating will be done on a first-come, first-serve basis starting at 7:45.

Event parking is available in West Garage, 125 Vassar St. for a fee of $8. payable by credit or debit card. The lot is located on Vassar Street, off of Massachusetts Avenue.

The joint MIT Wind Ensemble and Festival Jazz Ensemble recording Infinite Winds on Sunnyside Records, was awarded the highest rating by Downbeat magazine (5 stars), and was chosen as one of Downbeat magazine’s “Best Albums of 2015: Masterpieces.” Both of these honors are firsts in MIT’s history. It is extremely rare that student ensembles are mentioned in Downbeat’s highly selective “best of the year” list. The Boston Globe called Infinite Winds “one of the most compelling CDs of the year.” Other recordings by the MIT Wind Ensemble include Waking Winds (2004), published by Innova Recordings of the American Composers, and Solo Eclipse (2008), published by Albany Records. Both CDs feature premiere recordings by composers such as Schuller, Child, Ziporyn, Klein, and Amis. Dr. Harris conducted Kenny Werner’s No Beginning, No End (2010), in New York City for Half Note Records. Dr. Harris and the MIT Wind Ensemble have been featured on PBS in the 2014 Emmy-winning documentary Awakening: Evoking the Arab Spring through Music. He also has appeared on Minnesota Public Radio's All Things Considered and other MPR programs. In 2015 he produced and premiered a 30-minute documentary film Seeking the Infinite: Stanislaw Skrowaczewski — A Life in Music, at Orchestra Hall, Minneapolis, Minnesota. Over 600 people viewed the film and it was reviewed as “essentially viewing” by Minnesota Public Radio.

Dr. Harris’ first book, Conducting with Feeling, was published by Meredith Music in 2001. His most recent book, Seeking the Infinite: The Musical Life of Stanisław Skrowaczewski, was published by CreateSpace in 2011. He also has recently contributed articles to OehmsClassics, The Cleveland Orchestra and the Minnesota Orchestra. He is a strong advocate for the creation and performance of new music, having commissioned and/or premiered over 90 works for wind, jazz, and mixed ensembles. In 2013 he led the world premieres of Chick Corea's From Forever (Suite for Big Band) and Don Byron's Concerto for Clarinet and Wind Ensemble. In June of 2016, Dr. Harris organized a commission consortium involving three composers and 40 universities/schools honoring the 85th birthday of legendary wind conductor Frank Battisti. The project is sponsored by the American Composers Forum. He has lectured on music in Canada and at many New England universities, as well as for the Minnesota Orchestra and the Deutsche Radio Philharmonie Saarbrücken.

His conducting teachers included Stephen Massey, Frank Battisti, Gunther Schuller, Stanisław Skrowaczewski, and Craig Kirchhoff. He studied percussion with Arthur Press, former principal percussionist with the Boston Symphony Orchestra, and jazz drums with Alan Dawson. In recent years he has performed as a drummer with the Aardvark Jazz Orchestra, John Harbison, the Boston Pops, and with Grammy-winning jazz saxophonist Joe Lovano. He was awarded the 2010 Paul Smith Hall of Fame Award from the Massachusetts Instrumental and Choral Conductors Association. The award is presented annually “to a Massachusetts music conductor who is a musical and personal inspiration to students, the community, and other professional conductors.” Nominated by his students, Dr. Harris is a 2013 recipient of the James A. and Ruth Levitan Award for Excellence in Teaching in the School of Humanities, Arts, and Social Sciences at MIT.  http://www.seekingtheinfinite.com/

About MIT Festival Jazz Ensemble
Founded in 1963 by Boston jazz icon Herb Pomeroy and led since 1999 by Dr. Frederick Harris, Jr, the MIT Festival Jazz Ensemble (FJE), is comprised of outstanding MIT undergraduate and graduate students studying a wide range of disciplines. FJE has released five professional recordings including its major jazz label debut release on Sunnyside in 2015, Infinite Winds (a joint CD with MITWE). The CD which features FJE performing the world premiere recording of Chick Corea’s From Forever (composed for FJE), received a five-star review from Down Beat and was chosen by the magazine as one of its “Best Albums of 2015 Five-Star Masterpieces”—the first such recognition of its kind for a collegiate ensemble. The Boston Globe called the recording “one of the most compelling of 2015.” The FJE has a long history of performing original music by MIT students and composers from around the world.

About Ben Bloomberg
Since starting MIT in 2007, Ben Bloomberg has worked for Professor Tod Machover at the Media Lab, touring internationally to design and support technology for Opera of the Future productions. He specializes in the design and implementation of advanced surround sound and audio systems for large venues, but he has created many kinds of live performance systems ranging from musical instruments to architectural lighting. Ben started running sound at age nine and has since engineered hundreds of shows in venues all over the world—his designs have been praised (with their associated performances) by critics for the the London Times, Chicago Tribune and Wall Street Journal. In his time on the road, he’s crossed paths with many artists, engineers and designers—from Björk to Ariana Grande, people seem to seek him out when there’s a challenge that hasn’t been seen before, requiring novel and highly customized solutions. At the lab and beyond, Ben works with his close friends to build systems which push the limits of performance and expression. Their goal is create technology which brings the performers closer to the audience instead of diminishing them in the presence of large screens or sets.

About CAST
The 2016-17 MIT Sounding Series is presented by the MIT Center for Art, Science & Technology (CAST) and MIT Music and Theater Arts.