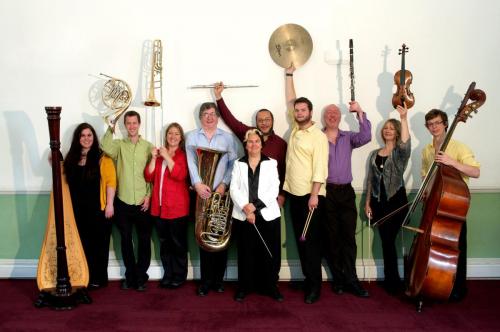 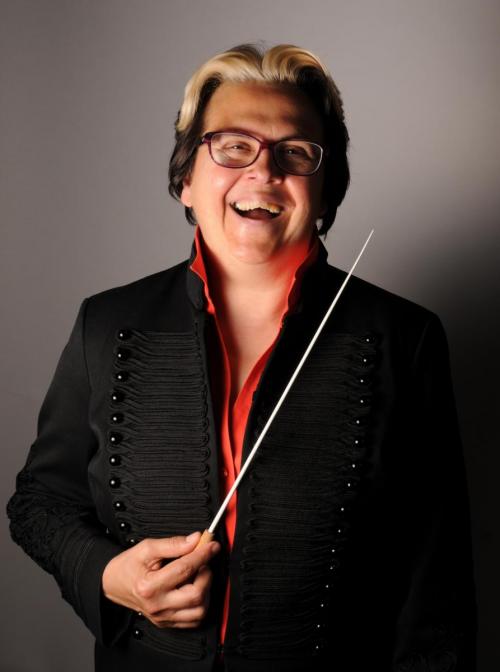 Lontano's impact on the perception of new music has been profound and enduring. Since its inception in 1976 by conductor/composer Odaline de la Martinez and flautist Ingrid Culliford, Lontano has established an international reputation as one of the most exciting and versatile exponents of 20th and 21st century music.

Activities include performances at the Huddersfield and Cheltenham International Festivals, Chard Festival of Women in Music, the Bath Festival, the BBC Proms, the premiere of Paul Barker's opera Stone Angels at the Bloomsbury Theatre, the enormously successful Émigrés Series on London's Southbank and the premier of Jenni Roditi's opera Spirit Child.

Performances in 2004 on the Southbank included an American programme featuring the music of Dan Asia and Earl Brown and a concert, with subsequent CD recording, to celebrate the 70th anniversary of Jeremy Dale-Roberts. In October 2004, in a BBC Invitation Concert, Lontano premiered several works by the Australian composer Elena Kats-Chernin as well as music by the German composer Heiner Goebbels.

Projects in 2005 included the 'All about….' series as part of the LA LINEA Latin Music Festival at the Southbank and The Warehouse, London, which explored Salsa, Tango and Samba and included new commissions. Projects in 2006/7 included the 1st London Festival of American Music, Lontano’s 30th Anniversary Series, and a residency in Argentina sponsored by the British Council. This was followed by the release of music CDs by Dorothy Ker, Peter Child and Franciso Mignone. Projects for 2008 included two concerts at the Southbank titled Brazil Plus – juxtaposing classical Latin American composers with new British works in April, plus the 2nd London Festival of American Music taking place in the Barbican and The Warehouse October 3rd to 11th, with at least one concert being broadcast by the BBC.  A CD of music by the British Argentinean composer Silvina Milstein was released early in 2009. The autumn of 2010 saw Lontano launch their 3rd London Festival of American Music, an event that now takes place biennially.

Lontano gave a very successful residency at MIT – the Massachusetts Institute of Technology - as part of MIT’s 150th Anniversary celebrations. Dream-Hunter, a newly commissioned opera by Nicola LeFanu was premiered in the autumn of 2011 with a Welsh tour supported by a grant from the Arts Council Wales as well as three London performances at Wilton’s Music Hall in February 2012. Lontano’s 4th London Festival of American Music took place in October of 2012 and featured the UK Premiere of John Harbison’s chamber opera Full Moon in March. 2013 saw Lontano participating in several UK Festivals as well CD recordings for Lorelt.

Lontano’s 5th London Festival of American Music, is taking place in November 2014 at The Artists’ Church Covent Garden and St. James Theatre, Victoria. It will include the UK Premiere of Odaline de la Martinez’s The Crossing, Part II of her Slavery Opera Trilogy. Also featured will be a concert of music by MIT composers to include at least two World Premieres and several UK Premieres. In March 2015 Lontano will be visiting universities in Eastern and Midwestern US.

Always at the forefront of music innovation Lontano was one of the first ensembles to form its own record company when in 1992 it established the LORELT label. Now with a catalogue of 39 discs, LORELT features soloists as well as other ensembles and is noted for its archive of important and often neglected compositions. In 2006, a part of Lontano’s 30th Anniversary Celebrations, LORELT became the first independent UK label to include MP3 Downloads from their website. Lontano also records for numerous other companies including Albany Records (USA), Da Capo (Denmark) and Metier Records (UK).

Through their label LORELT, Lontano released CDs of music by Peter Child, Odaline de la Martinez and Mihailo Trandafilovski. This was followed by a CD of orchestral works by Elizabeth Maconchy, Piano Music by Philip Hammond, A Place in the Sky for solo clarinet, Marlos Nobre Piano Music, London New Voices, and  more recently Dances with Bears – chamber music by Rob Keeley.

An education and community programme is integral to Lontano's performing activity. The ensemble undertakes a diverse range of projects involving a broad spectrum of ages, cultures and social backgrounds. In 2002 Lontano was invited to become ensemble in residence at Kings College, London University. Here, they interact with young composers offering unparalleled opportunity for compositions to be rehearsed and performed by professional musicians. This work is now central to the curriculum.

Lontano are very involved in educational and community work in their borough of Waltham Forest, London. Projects like If Walthamstow Market Could Sing, Unheard Voices, In Praise of Our Families and Voices of Youth, involving both parents and children are making a difference in a highly culturally diverse community. Under the sponsorship of the British Council Lontano ran workshops in Macedonia – with over 100 newly graduated high school students from the newly formed republic. And more recently they have worked on a project linking the Tango with African influence in Argentina – with several primary, secondary and tertiary school students in Buenos Aires. An experience that deeply touched all of those involved. During May-July 2011, they will be putting on an educational project titled A Sweet Olympiad of Sounds with 10 schools from Waltham Forest borough. The final performances will take place in the Walthamstow Assembly Hall and at the Leytonstone Festival. In the autumn and winter of 2011-2012, with a grant from Youth Music, Lontano worked in Southwark and Greenwich boroughs with an education project titled Connections. The project featured the culture and music of Roma, Gypsy and Traveller communities residing in those boroughs. A similar project is taking place in the London Borough of Redbridge from May 2012 to April 2013. Lontano have just been awarded a three year grant from the City Bridge Trust in support of their educational and community work.

Lontano regularly broadcasts on television and radio and enjoys a close relationship with the British Broadcasting Corporation. The ensemble also featured in a Channel 4 TV series entitled Women in Music - Performance Pieces, which included performances of Joan Tower's Petroushkates and Erika Fox's Shir.

Lontano, in collaboration with the BBC Singers, recorded for the BBC a programme featuring the music of Brian Ferneyhough; A CD of his music with Lontano and the BBC Singers was released by the Metier Label.