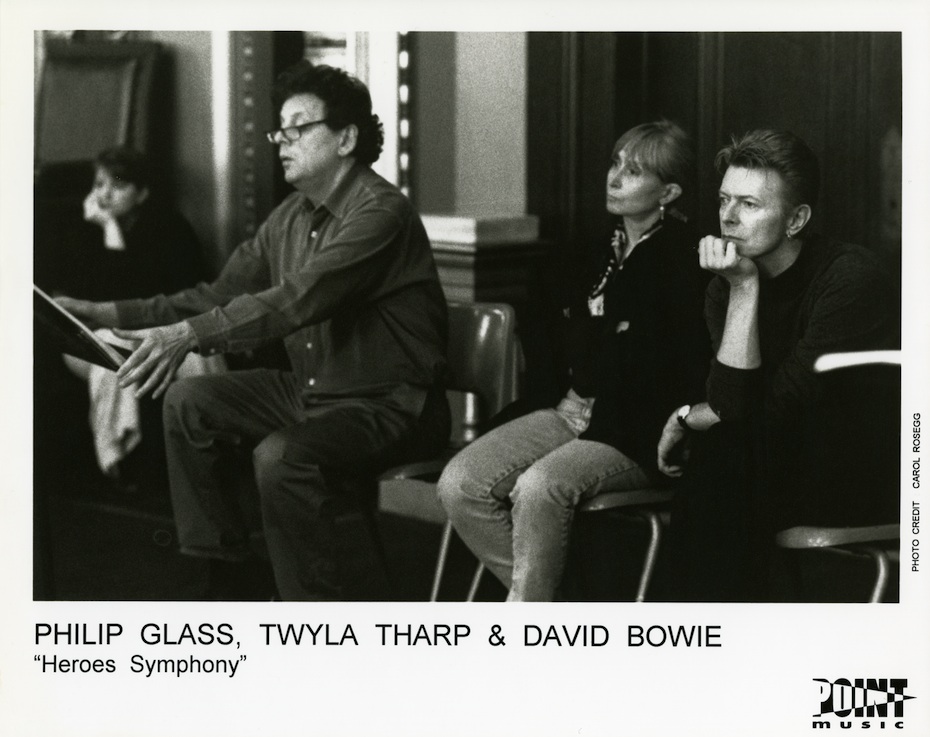 MIT Music and Theater Arts' orchestral concert tribute to David Bowie will feature the Boston area premieres of Philip Glass Symphonies No. 1, “Low” and Symphony No. 4, “Heroes.”  Both works were inspired by David Bowie and Brian Eno's groundbreaking albums that were part of the famous "Berlin Trilogy" of Low, Heroes, and Lodger.  The 7pm concert will be performed by an all-volunteer orchestra comprised of area professionals and members of the MIT community under the direction of MIT Professor of Music Evan Ziporyn in Kresge Auditorium. (84 Mass. Ave., Cambridge). General admission is $15 and free to MIT students. Waitlist at mitmta.eventbrite.com.  This event is co-produced by MIT Music and Theater Arts and Richard Guérin with Orange Mountain Music.

All proceeds will benefit the Frontier Research Fund for cancer research at MIT.

UK’s highly impactful and imaginative musical icon David Bowie died of cancer on Sunday, January 10 at age 69 two days after the release of his farewell album Blackstar.   No ordinary rock star, Bowie inspired, influenced and blurred genres across the full spectrum of Western music.  The worldwide outpouring of emotion in the wake of his death prompted MIT Professor Evan Ziporyn to organize the concert.  Said Ziporyn, “This is a way for the musical community of Boston to channel our grief and express our gratitude to Bowie in a positive way.  The generosity of these top-notch musicians has been incredible, putting their time and talent toward this project on extremely short notice.  It took less than a day to put an entire orchestra together, and that’s a real testament, both to Bowie’s impact and to the spirit of our community."

This concert spotlights Bowie’s influence and inspiration on the work of composer Philip Glass.  According to Glass:

The “Low” Symphony, composed in the Spring of 1992, is based on the record “Low” by David Bowie and Brian Eno first released in 1977. The record consisted of a number of songs and instrumentals and used techniques which were similar to procedures used by composers working in new and experimental music. As such, this record was widely appreciated by musicians working both in the field of “pop” music and in experimental music and was a landmark work of that period. I’ve taken themes from three of the instrumentals on the record and, combing them with material of my own, have used them as the basis of three movements of the Symphony. Movement one comes from “Subterraneans,” movement two from “Some Are” and movement three from “Warszawa.” My approach was to treat the themes very much as if they were my own and allow their transformations to follow my own compositional bent when possible. In practice, however, Bowie and Eno’s music certainly influenced how I worked, leading me to sometimes surprising music conclusions. In the end I think I arrived at something of a real collaboration between my music and theirs.”