The Jupiter Quartet returns to complete their performance of the entire Beethoven String Quartet Cycle at MIT in these final three concerts. 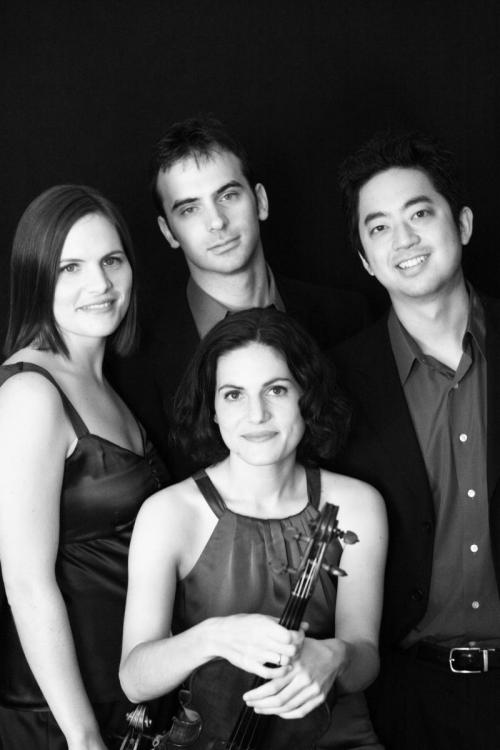 The Jupiter String Quartet is a particularly intimate group, consisting of violinists Nelson Lee and Megan Freivogel, violist Liz Freivogel (older sister of Meg), and cellist Daniel McDonough (husband of Meg, brother-in-law of Liz). As they enter their thirteenth year of making music together, the members of this tightly-knit ensemble have firmly established their quartet as an important voice in the world of chamber music. In addition to their performing career, the Jupiters are the String Quartet-in-Residence at the University of Illinois in Champaign-Urbana, where they maintain private studios as well as responsibility for running the chamber music program.

The Jupiters have been fortunate to receive several chamber music honors over the course of their career. In 2008 they were awarded an Avery Fisher Career Grant and, in 2007, they were given the Cleveland Quartet Award from Chamber Music America. Previously, the Jupiters were awarded first prize in the Banff International String Quartet Competition (where they also received the Szekely Prize for best performance of a Beethoven quartet), and grand prize in the Fischoff National Chamber Music Competition. The quartet’s career began to take off after being selected in the Young Concert Artists International auditions in 2005. From 2007-2010, the Quartet was in residence at the Chamber Music Society of Lincoln Center’s Chamber Music Two and, in 2009, they received a grant from the Fromm Foundation to commission a new quartet from Dan Visconti for a CMSLC performance at Alice Tully Hall.

The quartet has recorded works by Mendelssohn, Beethoven, Shostakovich, and Britten for Marquis Records. American works by Barber, Seeger, and Gershwin were also recorded for iTunes in conjunction with the Chamber Music Society of Lincoln Center and Deutsche Grammophon. Most recently, they collaborated on a collection of works by Ravel (Ravel: Intimate Masterpieces) on the Oberlin College label. Two upcoming recordings are in the works on the Azica label this season.

The quartet chose its name because Jupiter was the most prominent planet in the night sky at the time of its formation and the astrological symbol for Jupiter resembles the number four. They are also proud to list among their accomplishments in recent years the addition of five quartet children–Pablo (5), Lillian (2), Clara (2), Dominic (0), and Felix (0). You may spot some of these miniature Jupiters in the audience or tagging along to rehearsals, along with their grandparent babysitters.

The Jupiter Quartet is managed by Bill Capone of the Arts Management Group.