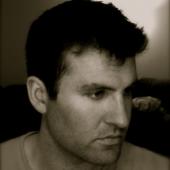 Andrew Smith is active in Boston’s musical community as a composer, guitarist and educator.  His music has been showcased at nationally recognized venues such as Carnegie Hall, Hill Auditorium, and the Hawaii Theatre, and presented at various festivals including Boston University's Tanglewood Institute, the University of Central Missouri's New Music Festival, the Aspen Composers' Conference, and Southern Illinois University's Outside the Box New Music Festival.   Smith has been commissioned by ensembles and organizations such as the Bellville High School Symphony Band, Arneis String Quartet, the West Salem Symphonic Band, Anthology vocal quartet, Ensemble 451, the Rivers School Conservatory, the Redline Brass Quintet, ALEA III, the SIUC Percussion Ensemble, and the Xanthos Ensemble.  He has been the recipient of numerous awards and honors including the International Music Prize for Excellence in Music Composition from the National Academy of Music, the Carl Deis Prize for Excellence in Music Composition and an honors award from Boston University.