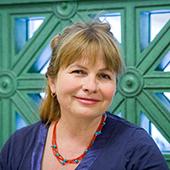 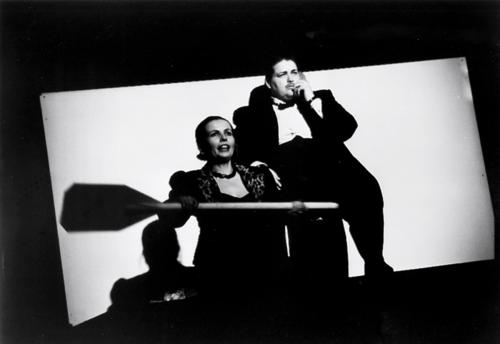 Stage and screen actor and director Anna Kohler laid the foundation for her work as a director and performer through studies of acting and directing at the Mozarteum Salzburg, Austria and Université VIII Vincennes, Paris, France. Since joining the New York experimental theater scene in 1983, she has worked on stage with some of America’s most respected playwrights, actors and directors, and is a longtime associate member of America’s foremost experimental theater company “The Wooster Group.” In 2003, she reprised her role as Natalya in the Group’s revival of Brace Up!; her performance was praised in The New Yorker as the “emotional center” of the show. Her film work includes Hal Hartley’s The Book of Life and Bruno de Almeida’s On the Run, Peter Sellar’s “The cabinet of Dr. Ramirez”, among others. As a director, she has conceived and directed plays that have been performed in Austria, Germany, Brazil, and the United States. Her teaching, based on her work in both traditional and modern theater in Europe and the U.S., has enabled her students to find new ways of performing a character and of being present on stage.  She developed a very popular new class for MIT, “Acting with the Camera”, and revived and re-conceived the class “Music Theater Workshop”. Most recently at MIT she adapted and directed productions of Uncle Vanya and La Ronde and conceived and continues to direct a play reading series called “It’s Alive” with the participation of faculty and students. At MIT, she currently serves on the panel of the De Flores grant, and the MIT Art Scholars selection committee, and is a judge for the MIT CMS Media Spectacle. She also appeared as an actress in the 2013 IAP show “Margo Veil”, directed by Wes Savick. Outside of MIT she continued touring with Richard Maxwell’s “Ode to the man who kneels” to Bonn and Brazil in 2011 and in spring 2012 appeared in Yesterday Happened: Remembering H.M., a production of the Catalyst Collaborative at MIT and Central Square Theater. In December 2012 , she appeared as Medea at the  “Roulette” theater in NYC in “The Medead - the Opera” by Fiona Templeton, performed in readings at the Boston Playwright’s Theater in Ronan McCullan’s Master class, performed in an excerpt of “Long day’s journey into the Night” at Catch 55 in NYC.  Several of her translations of plays by Richard Foreman, Rene Pollesch, Richard Maxwell, Elfriede Jelinek and others have been performed all over the world.  She presented at the International Symposium “Infinite Memory – Performance and Archive” in Kiel, Germany, and she and Prof. Jay Scheib are bringing this symposium this fall to MIT. Also in the spring of 2014, she reprised her role as Mrs. Fangitu in “Chang in a Void Moon” at Incubator Arts Space in NYC. In collaboration with the Foreign Language Department at MIT, she directed a staged reading of a new play developed by Kristof Magnusson, Max Kade Writer-in-Residence.