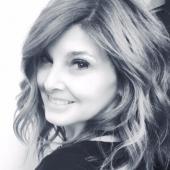 Claire Conceison (康开丽) is Quanta Professor of Chinese Culture and Professor of Theater Arts. She is a scholar, translator, and director. Her areas of research and teaching are contemporary Chinese theater, cross-cultural exchange and performance, Asian American theatre, translation, and sport as performance. She earned her A.M. in Regional Studies—East Asia from Harvard University and her Ph.D. in Theatre Studies from Cornell University. Publications include the books Significant Other: Staging the American in China (2004) examining representations of Americans on the Chinese stage from 1987-2002, and Voices Carry: Behind Bars and Backstage During China's Revolution and Reform (2009), the autobiography of the late Chinese actor and cultural diplomat Ying Ruocheng (Chinese version 水流云在：英若诚自传). She is editor of the anthology I Love XXX and Other Plays by Meng Jinghui (2017). She wrote the introduction to the latest edition of Arthur Miller’s 1984 book ‘Death of a Salesman’ in Beijing (2015), and the introduction to the publication of Wu Shiliang’s 1963 Chinese translation of Lorraine Hansberry’s A Raisin in the Sun (2020). Recent translations include Meng Jinghui’s Rhinoceros in Love for the BBC (2014) and Teahouse for the Avignon Festival (2019). Her current projects include translations of Gao Xingjian’s French language plays into English, including Ballade Nocturne (2010), and a manuscript-in-progress on sport as performance. Her articles have been published in TDR, Theatre Journal, Asian Theatre Journal, Modern Chinese Literature and Culture, and other journals. She has directed student productions and staged readings of contemporary Chinese and Asian American plays at MIT, Duke, Harvard, Tufts, and University of Michigan.