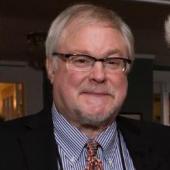 David Deveau served with distinction on the MTA fulltime teaching staff from 1988 to 2020 first as Lecturer, then as Senior Lecturer, teaching hundreds of piano and chamber music students during his tenure. Although he retired from fulltime teaching in 2020, He continues his affiliation with MTA now as Affiliated Artist, teaching in the Emerson Harris Scholarship Program. 2014 Recipient of the SHASS Levitan Award for Excellence in Teaching. M.M in piano, The Juilliard School. Acclaimed NYC debut at Alice Tully Hall, Lincoln Center, 1982 as the recipient of a coveted Solo Recitalist Grant from the National Endowment for the Arts. For the past four decades, Deveau has performed extensively on four continents. He has appeared as guest soloist with the Boston, San Francisco, Pittsburgh, Houston and St. Louis Symphony Orchestras, the Minnesota Orchestra, the Miami, Pacific and Portland Symphonies, and abroad with l’Orchestre du Capitole de Toulouse, France and the Qingdao Symphony in China. Among the many conductors with whom Deveau has collaborated are Bernard Haitink, Herbert Blomstedt, John Williams, Keith Lockhart Jose Serebrier and Joseph Silverstein. He has also appeared as soloist with composer-conductors Gunther Schuller, Oliver Knussen and John Harbison.

Mr. Deveau has performed countless solo and chamber music concerts throughout the US, Canada, Europe and Asia. Performances on major US concert series include Carnegie, Alice Tully, Town Hall, Merkin Concert Hall and the Metropolitan Museum of Art in NYC; Washington’s Kennedy Center; and Phillips Collection; Benaroya Hall in Seattle; Heinz Hall in Pittsburgh, Orchestra Hall in Minneapolis, Spivey Hall in Atlanta, and Boston's Symphony and Jordan Halls. Deveau has made two tours of mainland China, first in 2004-5 he appeared in recital in Zhong Shan Hall in Beijing’s Forbidden City and in Qingdao; in 2010 he made a second tour including a recital in Shanghai under the auspices of the Shanghai Theater Academy. In 2012, he made a tour of Taiwan, with concerts in Taipei and Tainan, where he also taught and lectured at the Tainan National University of the Arts. In 2014, he made his first concert tour of Japan, highlighted by a recital in Nagoya. Deveau’s extensive chamber music collaborations include concerts with members of the Juilliard, St. Lawrence, Ying, Vermeer, Shanghai, Borromeo, Brentano, Jupiter and many other string quartets, and with members of the Orpheus Chamber Orchestra. Deveau has collaborated with violinists Andres Cardenes, Joel Smirnoff and Leonidas Kavakos, and tours annually with clarinet virtuoso Richard Stoltzman.  Festival and series appearances include Tanglewood, Caramoor, Wolf Trap, La Jolla Music Society, Prussia Cove (UK), Mainly Mozart (San Diego), and the Minnesota Orchestra’s Sommerfest in Minneapolis. He served as Artistic Director of the internationally acclaimed Rockport Chamber Music Festival from 1995 until 2017 (www.rcmf.org), and presided over the planning and opening of the Shalin Liu Performance Center which opened in 2010 to great acclaim in the national press, including a feature story in the New York Times.

In 2013, Deveau collaborated with the late Peter Serkin in the two-keyboard concerti of J.S. Bach to open the RCMF's 32nd season with the acclaimed Boston conductorless orchestra, A Far Cry. He has presented piano and chamber music masterclasses at Harvard, Dartmouth, NEC, San Francisco Conservatory, Longy School of Music, Carnegie Mellon University, Boston University and many other colleges and conservatories. Deveau has performed world premieres of music by MIT’s John Harbison and Peter Child, and many other composers. His 2015 recording on Steinway and Sons, “Siegfried Idyll,” received rave reviews in the NY Times, Gramophone Magazine, and the Boston Globe (which featured it as one of the year’s fifteen best classical recordings. His second recording for Steinway included the chamber version of Beethoven’s G major piano concerto with cadenzas newly written for it by John Harbison, and the Mozart Concerto K.449, each work with the Borromeo string quartet.This release was again acclaimed in Gramophone UK and other outlets.  His third recording for Steinway features the final two Schubert sonatas, and was released in March 2022 and has garnered another set of superb reviews from Fanfare, AllMusic and other publications. Deveau has also recorded for the BBC, CBC, NPR, CCTV, Beijing, Albany Records, EcoClassics Records and Centaur.  In 2006, Deveau’s performance on the Celebrity Series of Boston received rave reviews in the three major Boston newspapers, and was named one of the ten best classical concerts of the year by the Boston Phoenix. Deveau's principal mentor was Russell Sherman; other teachers include Beveridge Webster, Veronica Jochum, and coaching with Richard Goode and Gaby Casadesus.