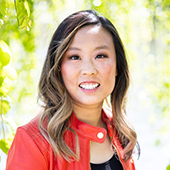 Eileen has been a rehearsal pianist for the Boston Symphony Orchestra, Emmanuel Music, and the Boston City Singers. In 2010 she joined the music staff at the Massachusetts Institute of Technology, serving as a piano instructor, collaborative pianist, coach, and interim chair of the piano program.

Also an accomplished soprano, Eileen appeared as a concert soloist with the Tanglewood Festival Chorus and Wellesley Choral Society. She was one of eight vocalists featured during the inaugural season of the Nahant Music Festival in 2014. She returned to the festival in 2015, when she created the title role in the premiere of Sleeping Beauty by Francine Trester to critical acclaim.

From 2006 to 2018, Eileen was a member of the Tanglewood Festival Chorus and performed more than 100 concerts with the Boston Symphony Orchestra and Boston Pops. Eileen participated in the BSO’s Grammy award-winning recording of Ravel’s Daphnis et Chloé, had the honor of singing at Senator Edward Kennedy’s funeral, sang at Fenway Park, and covered the soprano solo for the world premiere of William Bolcom’s Eighth Symphony.

Raised in New Jersey, Eileen made her concerto debut at age 11 with the Battleground Arts Center Symphony Orchestra and was featured as a chamber musician at Alice Tully Hall at age 17. She received her training at the Juilliard School and the Aspen Music Festival and School, where she studied with the late Herbert Stessin, and holds a degree in chemistry from MIT.