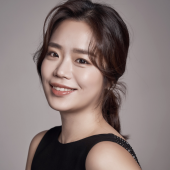 Praised for her “charming and uncompromised virtuosic playing” by the Calgary Herald, pianist Jung-A Bang has appeared in prestigious concert halls across the world as soloist and collaborative artist. Ms. Bang has performed in venues including Weill Hall at Carnegie Hall; Merkin Hall in New York City; Washington, D.C.’s Kennedy Center; Jordan Hall in Boston; Chicago’s Cultural Center (livestreamed by WFMT;) and IBK Hall at Korea Arts Center and Ewon Arts Center, both in Seoul, Korea.

As an active chamber musician, Ms. Bang has spent summers at the Perlman Music Program as their Young Artist Fellow, and at the Banff Chamber Music Residency Program with her duo, L’étoile, where her performances were praised for “forging a new path with the music and teaching not only a different way to play repertoire, but a new way for its audiences to listen too.” Her Boston piano trio, Vi, was selected as the Honors Ensemble of New England Conservatory in 2015-16. As such, they performed in various venues including the Kennedy Center’s ‘Conservatory Project’. Vi often donates its performances in ‘‘Music for Food” concerts in the noted non-profit series begun by the eminent violist Kim Kashkashian. Ms. Bang also frequently appears in various contemporary ensemble concerts including new music and composer’s concerts in Boston’s Jordan Hall.

In high demand as a collaborative pianist, Ms.Bang has served on the staff of Banff International Music Program and Aspen Music Festival, as well as at major music schools, including The Juilliard School and New England Conservatory.

A native of South Korea, Ms. Bang holds a Bachelor of Piano degree from New England Conservatory, and a Master of Music degree in Collaborative Piano from The Juilliard School, as a recipient of the Marie Dring Scholarship and the Harold& Helene Schonberg Piano Scholarship. Ms. Bang is currently a DMA candidate in Collaborative Piano at New England Conservatory, and a faculty member of Walnut Hill Performing Arts School, and an Affiliate Artist at MIT (Massachusetts Institute of Technology).