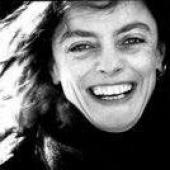 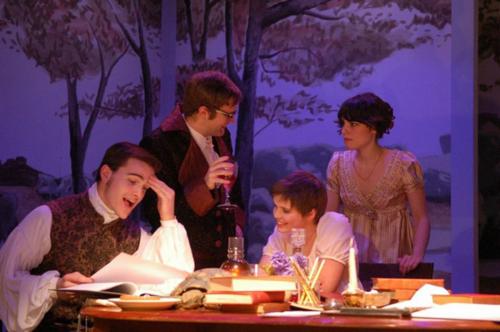 Lecturer in Theatre Arts since 1989 (MFA Yale School of Drama; MA, New York University), Kim Mancuso is a director, writer, actor training specialist and the artistic director of Pilgrim Theatre Research and Performance Collaborative, which she co-founded with American artist Kermit Dunkelberg in Poland in 1986. Previously she was director of the International Company of the Second Studio (at the site of the former Teatr Laboratorum of Jerzy Grotowski) of Wroclaw, Poland. This season she co-developed, produced and directed Unforgettable: Letters from Korea with Susan Thompson, which was commissioned by the U.S. Department of Defence (Korean War Committee) for the 60th Commemoration of the Korean War Armistice and performed at Arena Stage, and subsequently this summer, on the National Mall at the Korean War Memorial site in Washington D.C.  She recently wrote and directed “You Belong to Me: WWII: Veteran’s Voices with photo-journalist Jacqueline Cooper, local veterans and high school students. Also with Cooper, she wrote and directed Follow the Thread, tracking stories of Jewish immigrants and the U.S. garment industry. She performed with SeriousPlay! in Milosevic at the Hague in Northampton, MA and Kragujevac, Serbia, in the role of Mira Markovic, the wife of dictator Slobodan Milosevic. She is now collaborating on a new project with this same company based on Samuel Becket’s Endgame. Over Pilgrim Theatre’s twenty-five years she has directed most productions including Leonardo, Anatomy of a Soul, co-created with MIT faculty and students, performed at the Media Lab, the Museum of Science, the MFA, Boston Center for the Arts’ Cyclorama, Edinburgh Fringe Festival, and toured four countries; N(Bonaparte) by Laura Harrington (Boston Center for the Arts and KO Festival, Amherst); Faust 2002 (USA, Poland); and Letters from Sarajevo which was featured on Monitor Radio. Pilgrim Theatre was named one of four Resident Companies at the Boston Center for the Arts and remained there for six years, where they created a body of work and developed their training style. The company has toured productions in Europe and Peru at international festivals. Mancuso has directed for both MIT’s Shakespeare Ensemble and Dramashop. Her work with Pilgrim Theatre and Jean-Claude van Itallie is featured in Susan Letzler Cole’s book, Playwrights in Rehearsal: The Seduction of Company (Routledge 2001). She has also taught at Smith College and Emerson University.